Ranked 9th in the Experian Goad retail index, shopping in Norwich can be a pleasure. It has a large pedestrianised areas, superb malls, lots of small and independent shops that compliment the High Street chain stores and an open air market stacked with history and tradition.

In the centre of Norwich in the Market Square is the Open Air Market. It has 200 stalls selling food, jewellery, household goods, clothes, haberdashery and much more. It is the largest open air market in England that is open six days a week. It was refurbished and re-opened in 2006 but has a history going back to Saxon times. The market has been held on its present site since the 1300s.

In contrast, Chaplefield is the newest shopping centre in Norwich. The main feature of this shopping centre is probably the House of Fraser, the next nearest one being Milton Keynes or Northampton! The centre has a total of 80 stores of which at least 40 are new to Norwich. It also has several cafes making it an ideal place to shop and meet people. The centre is on St Stephens Street and is opposite the new Surrey Street bus station, which not only serves the local residents but also has buses and coaches arriving for the outlying area. Whilst the centre has car parking space for 1000 vehicles the ‘Park and Ride’ buses can drop you at the Surrey Street bus station. The centre opens at 09:00 and closes at 18:00 most days, Sunday opening times are 11:00 to 17:00. Almost inconspicuous is The Mall, which is in part built under Norwich Castle. As for directions to The Mall, head for the Castle and look! Even the six street level access points can be missed in this cleverly designed shopping centre. Spread over five floors it has High Street chain stores, independent traders and, on the fifth floor, an eight screen cinema. With more than 70 stores familiar names in The Mall include; Boots, Disney, Early Learning Centre, Virgin Megastore and many more. The Mall is open 09:00 to 17:30 Monday to Friday, Thursday is late night opening until 20:00, Saturday it’s open until 18:00 and Sunday opening times are 10:30 to 16:30. To access The Mall by car head for the area between the Castle and Cattle Market Street, it has a 710 space car park which allows free parking after 17:00 on Thursdays.

Norwich Lanes is the area between the city hall and the River Wensum. Comprised of about twelve streets and lanes it is a shopping and leisure area that soaks up the historic nature of this city with its cobbled, narrow roads and tall buildings. Designer labels, fashion boutiques, independent record and health shops are typical of the sort that you’ll find in this area. At the eastern end of the Norwich Lanes there are one or two stores of High Street brand names like Jaeger and Habitat. Being slightly away from the main shopping areas Timberhill can offer you a quieter and more relaxed shopping experience. To the south east of the city centre, but within easy walking distance, is Timberhill which is often overlooked by visitors and yet is popular with Norwich residents. This is another pedestrianised area and, like the Norwich Lanes, offers a unique range of specialist and top quality shoe shops, clothes shops and bespoke tailors. So, if you’re in John Lewis’s and want to go to The Mall, or vice-versa, why not use Timberhill as your route? The John Lewis store in Norwich is still referred to by many locals as Bonds. Bonds was the original department store in Norwich founded by a local businessman, Robert Bond, in 1879. In 1992 the store was taken over by the John Lewis partnership, but it wasn’t until 2001 that the store finally ceased to trade as ‘Bonds’. Located in Ber Street it is not close to the other main shops or shopping areas. It does however have its own extensive car parking facilities and is one of the largest stores in the region, let alone Norwich. Gentleman’s Walk is the main pedestrianised way through the city. It also has some of the High Street stores there such as Next, WH Smith and Top shop. Along the route there are lots of little side roads and alleys, known locally as the ‘Back of the Inns’, in which you’ll find many small and quirky retailers. Linking Gentleman’s walk with Castle Street is the Royal Arcade. Originally this area was the yard of a 19th century coaching Inn, the Royal Hotel. This small development of retail outlets prides itself on style and quality. The only High Street name here is Waterstones, the book shop. Other featured outlets are the Colman’s mustard shop and Langley’s toy shop. 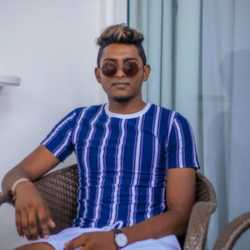 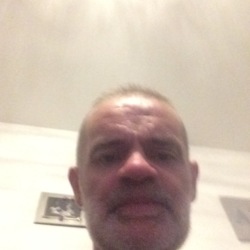 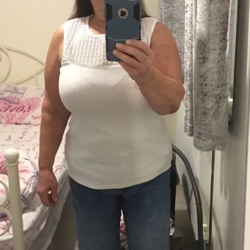