The Geography of Norwich

In the east of England is the city of Norwich, which is the largest town or city in the county of Norfolk and the region known as East Anglia. Its coordinates on the world map are latitude 520 37’ 41” and longitude 010 17’ 58”. The city is ranked 149th in England by size and has a population of around 122,000 giving a population density of about 31 per hectare, over its 3902 hectares of space. In terms of England, Norwich would be described as being lightly populated. However, in regional terms it is the fourth most densely populated area in the east of England.

Historically, Norwich was a rural economy dependant on farming, with 75% of the surrounding land being used for crop growing. Poultry farming has long been associated with this region, which was also once famous for rearing sheep. The dependence on farming meant that the region was made up of many dispersed settlements. Today, Norwich is the largest city in England without unitary authority status; this means its administration is split between a local district council and the Norfolk County council. Politically the city is divided into 13 local council electoral wards and has two MPs representing it in the Houses of Parliament.

The surface rock found in and around Norwich is pebbly silty clay that is typically 10m thick. This surface material was laid down when the glaciers retreated during the time of the ice ages and are some of the thickest deposits in the UK. Underneath this superficial layer is the bedrock which is a very early Cretaceous Limestone dating back about 142 million years. To the east of Norwich there are also some outcrops of sandstone. Being largely inaccessible for quarrying, the Limestone has not traditionally been cut into blocks for building. However, with the abundance of surface clay and access to a supply of limestone, a sort of concrete with extremely large pieces of aggregate is a common site in the construction of the walls of older buildings. Roofs were traditionally covered with straw thatch and sedge grass thatch ridges.

Norwich has two rivers flowing through it. The River Wensum flows nearest to the city centre, winding its way past the cathedral and castle to the north of the city. The River Wensum meets the River Yare, which flows up from south of the city, on the eastern side of the city. The River Wensum is navigable into the city from the confluence of the two rivers and The River Yare is then navigable to the sea at Great Yarmouth. The average elevation of Norwich city is around 20m and rarely rises above 30m. Its generally low lying aspect and having the confluence of two rivers has led to a moderate to high risk of localised flooding in the past. From the point of confluence the River Yare drops only 2m over a distance of some 40km, ie 1:20000. This is significant as it means that Norwich was geologically once at the head of an estuary with the coast being at a small town called Acle, some 15km to the east.

The climate in Norwich is typical of England being a temperate one. With most of its weather systems arriving on the westerly winds, the average temperature in January is 40C and July it is 160C, at 625ml of rainfall it significantly has less than English average of 750ml of rain a year. The average expectancy of rain in Norwich is about 200 days a year. The temperature in January is lower than might be expected as, being on the east of England, it gets little, if any, benefit from the North Atlantic Drift and is susceptible to blasts of cold air from the arctic region. However, its position also protects it from the heavier rainfall that the west of England receives. 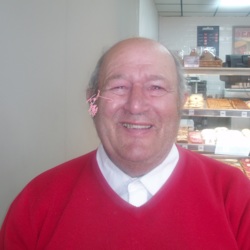 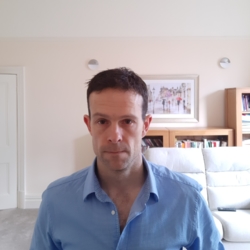